Sport lenses and frames we have chosen for your baby

If you are looking for safe sunglasses for a child with appropriate protective parameters of the lenses, we encourage you to take the time to read what we have to say about sunglasses.

You will learn how to make the right and responsible decision about choosing the best sunglasses for your child.

We tried to present quite complicated technical issues in a simple, shortened way accessible to everyone. If you have questions or want to discuss a topic further, please feel free to contact us.

All information presented is based on our many years of experience or comes from people with whom we work closely, such as our subcontractor technicians or suppliers of raw materials and lenses for our sunglasses.

In ITOOTI sunglasses we used green polycarbonate lenses that let in 15% of light.

They are commonly called "G15" and were invented in the 1930s for the needs of fighter pilots in America. Over time, they have become widely available to civilians and are still used by leading sunglasses manufacturers as a flagship product.

Despite the fact that other lenses of different colors and darknesses appeared on the market later, according to us G15 is still the best choice in terms of functionality.

Of course, the fact that green and 15% light transmission is obtained does not mean that all these lenses are just as good.

Everything depends on the quality of the materials and the production process itself. By choosing ITOOTI sunglasses you can be sure that you get the best quality.

These lenses are also available with polarization, but for our sunglasses we chose non-polarized lenses because we think it is the best solution for younger children. 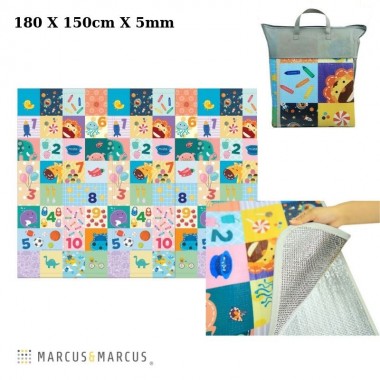